The Premier League Chelsea have announced the signing of 23-year-old defender Emerson Palmieri from Roma on a deal worth £17m, plus add-ons.

Upon signing for the Premier League champions, Emerson said: ‘I came here because it’s a great team with a great history. Today I am realising one of my dreams to pull on the shirt of such a great club.

‘English football is something I have been watching since I was 15 years old. It is a really beautiful game over here but it is going to be even more beautiful to play it.’ 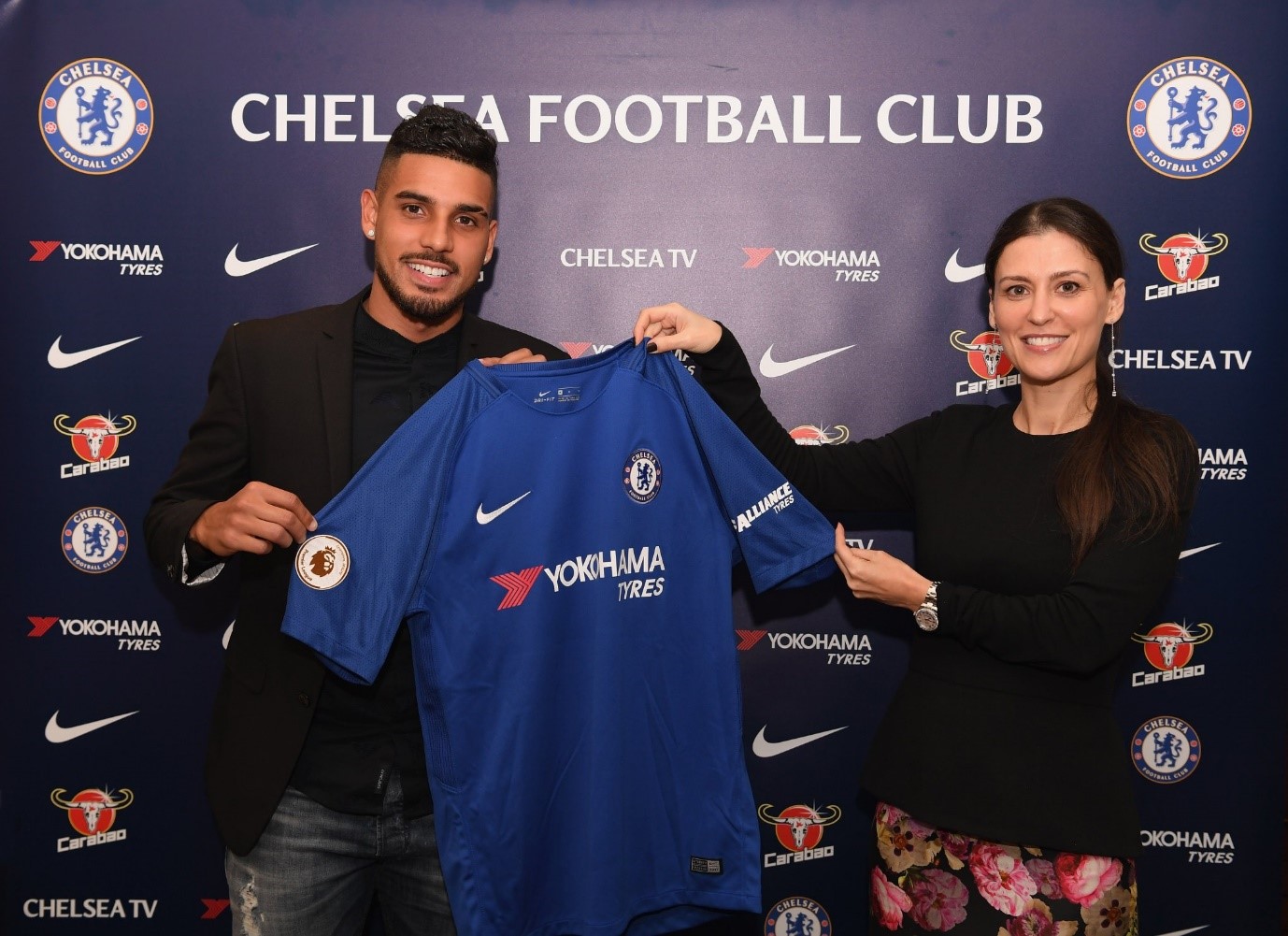 Chelsea director Marina Granovskaia added: ‘We are delighted to welcome Emerson to the club. He is a young and talented player who strengthens the squad and will provide excellent competition for places as we pursue success in three different competitions.’

What can Chelsea fans expect from Palmieri?

Emerson was born and raised in Santos in Brazil but thanks to Italian ancestry on his mother’s side, became an Italian citizen last March.

He made his debut for Santos at the age of 16 after coming through the youth system and by 18 he had established himself as a regular in the first team, thanks in part to his performances for Santos’ U20 side as they won the 2013 Copa Sao Paulo de Futebol Junior.

He made his Campeonato Brasileiro Serie A debut in 2013 in a 1-0 defeat to Flamengo and scored his first goal in the same year in a 2-1 defeat at Atletico Paranaense.

Emerson’s performances for Santos were noticed by Italian club Palermo, who took him on loan for the 2014/15 season with an option to buy.

However, his chances to shine were few and far between and after making just nine appearances the club passed on their option to make the deal permanent.

Palermo’s loss was Roma’s gain as they took the then-21-year-old on loan for the 2015/16 season. He spent his first season at the Stadio Olimpico as an understudy to Lucas Digne, but showed enough promise to have his loan deal extended for a further season.

He went on to enjoy a breakthrough season with Roma making his loan deal permanent for €2m in December, but it ultimately ended in disappointment as he picked up an anterior cruciate ligament injury on the last day of the season.

Emerson represented Brazil at U17 level, playing in the 2011 South American U17 football championship and the 2011 FIFA U17 World Cup.

However, last year he officially switched his allegiance to Italy after acquiring Italian citizenship and he was called up for an informal training camp by coach Gian Piero Ventura early in 2017.

He received his first national team call-up a few months later for Italy’s friendly against San Marino but remains uncapped because of his untimely injury.

Extremely versatile, Emerson can play either at left-back or on the left wing and has even filled in at right-back during his time at Roma.

He loves to get forward. He’s well known for taking on and beating his opposite man, showing off his excellent speed, balance and dribbling skills in the process. With his attacking mentality, he can play on the left of the midfield when called upon. 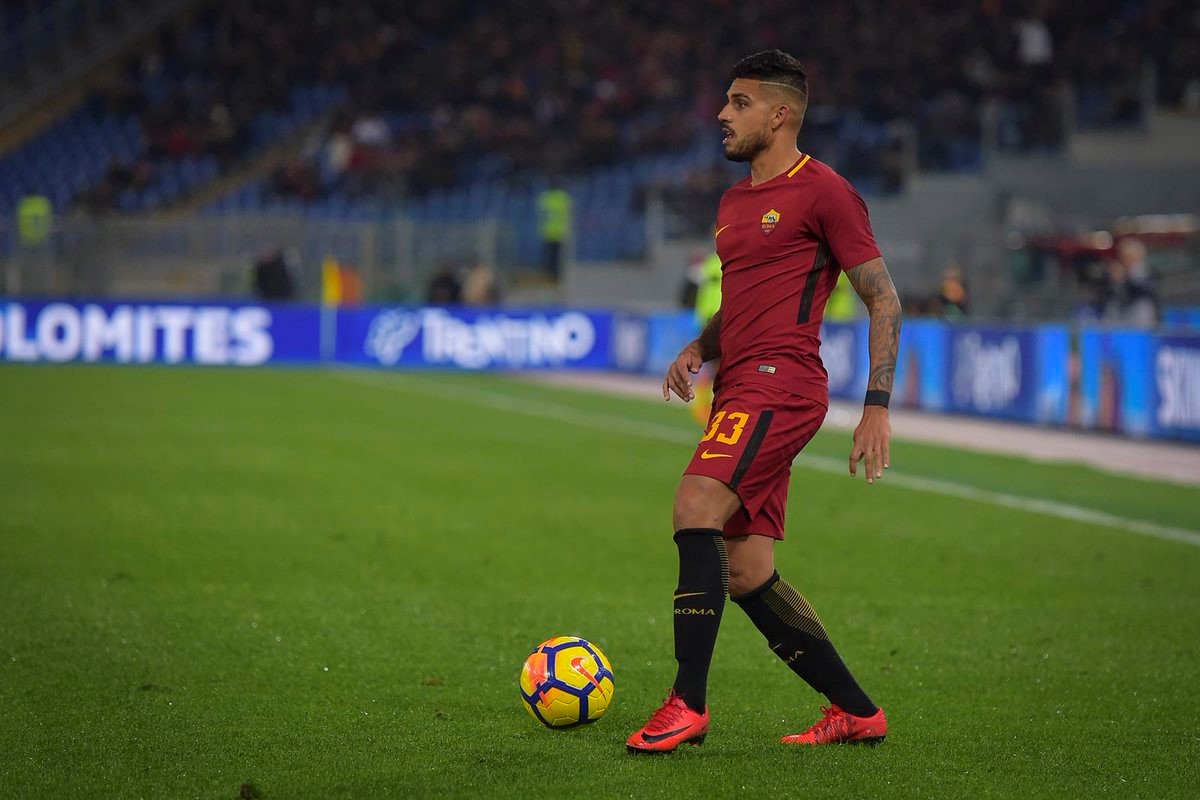 As Palmieri Conte looks to bring in some healthy competition for Marcus Alonso. Let’s compare their stats.

Standing at 5ft 9in, he’s not afraid to use his frame to his advantage and he draws plenty of fouls from his side with his trickery.

At the other end of the field, he is also good in one-on-one situations with his pace getting him out of tricky situations, while his defensive stats from last season match up favourably with the best in Serie A.

Last summer, Chelsea tried to sign Alex Sandro from Juventus but with the Brazilian staying in Turin, Conte has had to turn his attention elsewhere.

However, his performances for Roma last season showed he has all the attributes to become a world-class full-back and if he can fulfil that potential then Chelsea could have a real bargain on their hands.

Our side showed no sign of defensive frailties in their FA Cup fourth-round victory over Newcastle on Sunday, nor did they lack a cutting edge in front of goal, but nonetheless incoming signings are imminent.

Having not featured for Roma in Europe this season he is eligible to play in all competitions for Chelsea, Emerson Palmieri is a very young prospect for Chelsea, hope he performers well and prove himself as a real bargain as discussed earlier.

Can he rediscover that form, though, after recovering from an ACL injury? Chelsea will be hoping he can, leaving all thoughts of Sandro well and truly behind.

Hope everyone liked my insights and thoughts on our new signing Emerson Palmieri.