The Premier League Champions have announced the signing of France International Olivier Giroud on a deal worth just under £18m. 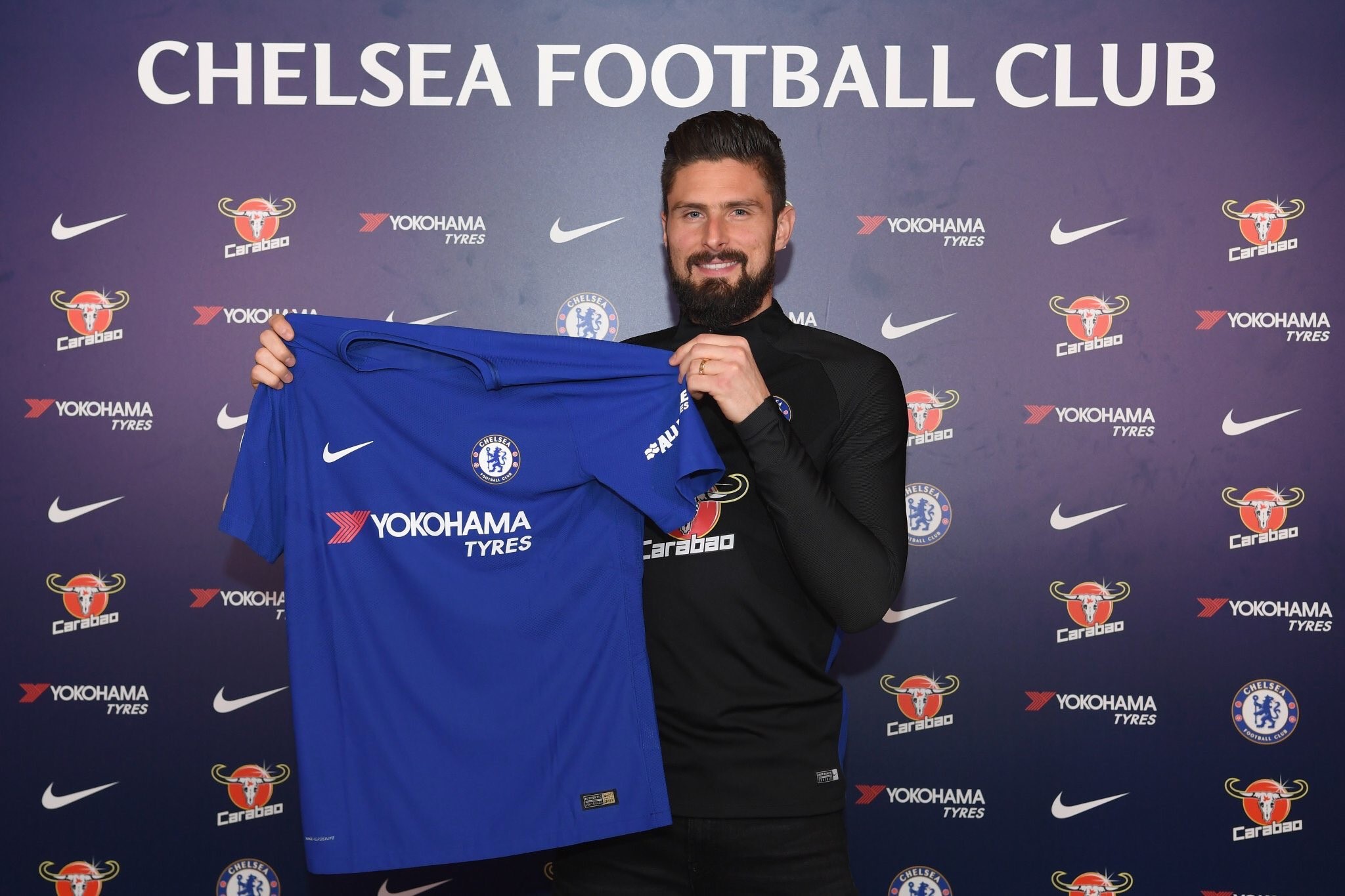 The 31-year-old will wear the number 18 shirt and has signed an 18-month-contract.

Giroud said: ‘Chelsea is one of the biggest teams in the Premier League. They have won maybe the most trophies in the last six or seven years. It’s a massive club and I am proud to sign for Chelsea, and I’m looking forward to playing.’

Chelsea director Marina Granovskaia added: ‘Olivier is a proven talent at the top level and we are very pleased to call him a Chelsea player.

‘He has scored goals regularly throughout his career and is well accustomed to English football and the Premier League. We are sure he will be a fantastic signing.’

Arsenal has part ways with the striker as Pierre-Emerick Aubameyang arrives at the Emirates Stadium for £56m from Borussia Dortmund, who are taking Michy Batshuayi from Chelsea on loan. 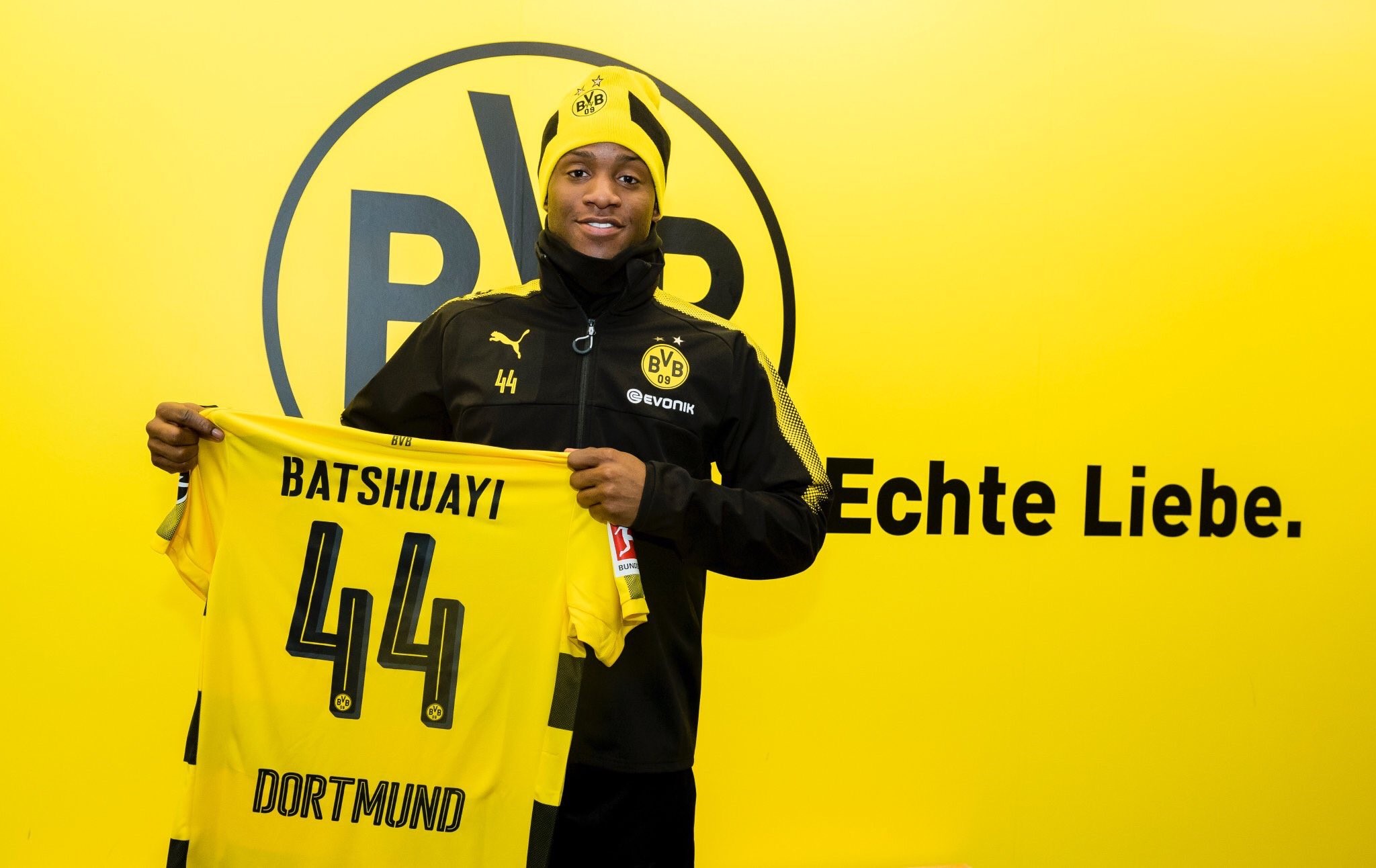 Giroud came on for the final 15 minutes of Arsenal’s 3-1 defeat by Swansea on Tuesday night as the clubs ironed out the final details.

Giroud has been a vital player for the Gunners over the last few years and here, we take a look at few reasons why he will be a good fit for Antonio Conte’s side, according to my opinion.

Having joined Arsenal in 2012, Giroud has been a consistent scorer for the Gunners and has notched up over 100 goals in all competitions, proving his qualities in the English top flight. Oliver Giroud has made 180 Premier League appearances for Arsenal in which he has scored 73 times.

His experience in the Premier League would be a huge bonus for the Blues as they look for an improved second half of the campaign.

The Frenchman is a tall and physical striker and is amazingly good in the air, something that Chelsea can put to good use. The Blues have a plethora of talent in delivering pin-point crosses into the box and Giroud will thrive in such a system.

Cesar Azpilicueta, who has assisted several of Alvaro Morata’s headers this season, will be excited at the prospect of Giroud getting on the end of his superb crosses.

His link-up play is excellent

Despite his bulky frame, Giroud is excellent at linking up play and over the years, has been part of some excellent team goals for Arsenal, including that Jack Wilshere goal against Norwich City, which Arsenal fans will fondly remember.

The France international can combine well with the likes of Eden Hazard and Willian and can even play in a two-man front-line alongside Alvaro Morata.

Despite not starting much for Arsene Wenger’s side over the last couple of seasons, Giroud has still been among the goals, often finding the back of the net after coming on as a substitute.

The 31-year-old has scored 17 goals as a substitute in the Premier League, only behind Jermaine Defoe in the all-time statistics table. He can be a useful option from the bench when Chelsea’s attack fails to penetrate defences.

After Carroll’s latest injury scuppered any hopes of a deal and talks with Dzeko fell through, it was beginning to look as though Conte would not be getting his backup striker this window.

But in Giroud, the Italian will have a similar style of player for a significant reduction both of transfer fee and wages.

Scoring four times in just 376 minutes of Premier League football Giroud has averaged 0.96 goals per 90 minutes, just under 0.50 more than Dzeko has managed in Serie A.

Scouted for his ability in the air, Giroud has won 56.10% of his aerial duels this season, a slightly lower success rate than Dzeko but has scored 0.48 headed goals.

The Frenchman has also created 1.68 chances per 90 to Dzeko’s 1.62 but is yet to register an assist.

And, unlike Dzeko, Giroud would be eligible to play in the knock-out stages of the Champions League, giving Conte back-up both before, after and during the matches against Barcelona.

Despite remaining loyal to Arsenal, with the World Cup on the horizon and potentially a final chance to represent his country at a major tournament, the Frenchman will be hoping his move to Chelsea can provide more minutes.

With Chelsea still in three competitions, including two tough fixtures against Barcelona in the Champions League, Giroud can be expected to get valuable game time.

In my view, he has been wasted at Arsenal and has real quality. He is good in the air, he is strong, has that physical presence and of course an eye for a goal. He has everything that could make him a real success at Chelsea and a bargain for a fee of only £18m. I hope everyone liked my thoughts and insights on the scorpion king Olivier Giroud, please let me know all your thoughts in the comments section. Catch all the latest news, updates and thoughts at chelseaindia.com