Chelsea who had a good weekend by defeating Brighton 2-0 will look to continue their winning run. Frank Lampard who as a player for Chelsea, won against Valencia back in 2007 twice, and once in 2012 had a bad start by losing 1-0 at home, will now be looking to win this fixture against Lille. Chelsea have never met Lille before in an official competition and this would be their first game face to face.

Chelsea with a steady start this season, have been giving chances to youngsters, resulting in many talents being unleashed such as Tomori, Hudson-Odoi, Abraham, Mount etc. However, Pulisic who looked promising after signing for the club, hasn’t been given much of game time. Frank Lampard’s side who are currently in 7th in the Premier League are just 1 point behind 4th placed Arsenal, and will back his young stars to shine away from home on Wednesday night. 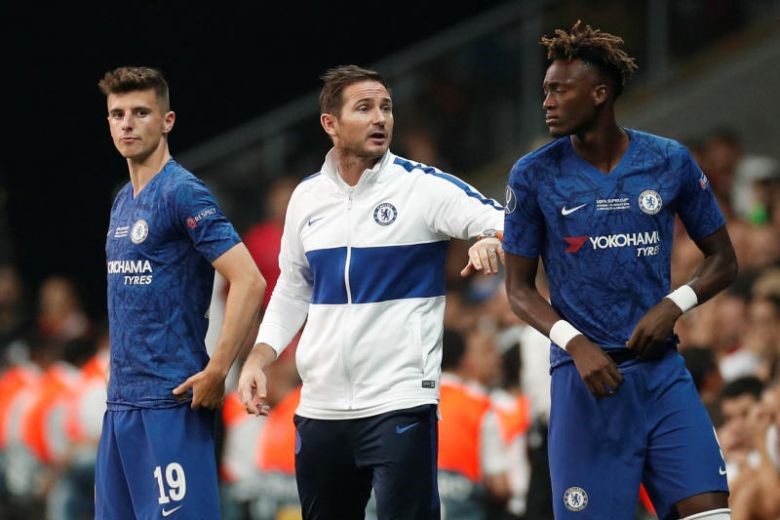 In the pic : Mason Mount and Tammy Abraham have been core players for this season under gaffer Frank Lampard.

N’Golo Kante who missed Saturday’s game against Brighton, trained with Chelsea ahead of their Champions League clash in France. Zouma and Giroud also trained with the team, but Rudiger, Loftus-Cheek and Emerson remains side lined.

Meanwhile Timothy Weah, Lille midfielder is doubtful for the French side, who is co-incidentally son of ex-Chelsea player George Weah.

Expected line up for Chelsea

Chelsea would be expected to field 4-3-3 formation. Frank Lampard, who would be looking to win this tricky fixture, will field a strong team. Here is the team we can expect for tonight’s match:

Chelsea have won seven of their last 12 away games in the UEFA Champions League (W7 D2 L3). The Blues lost their last two UCL matches and have never lost three in a row. Frank Lampard will hope to maintain that record as he fields a determined starting XI at the Stade Pierre-Mauroy.

List of players who played for both Chelsea and Lille

Salomon Kalou: Yet another core member of the Chelsea team from 2006-2012, who also featured in 2012 Champions League finals, joined Lille after the CL Finals on a free transfer.