Finally, the international break is over, and the Blues will be back in action tonight against the Magpies at Stamford Bridge. Chelsea enjoyed a 4-game winning run in all competitions before the international break under Frank Lampard for the 1st time and the Blues will be looking to make it 5 wins out of 5, with a win against Newcastle United tonight.

Key take aways from Frank’s pre-match press conference this week were; We have a couple of players who came back from the international duties with injuries and we got an insight into how Newcastle will play. The Gaffer ruled out both Kante and Christensen following their groin and hamstring injuries. Christensen will not be fit for at least two weeks while Kante’s return date remains unknown. While speaking about Rudiger, he mentioned that the physios are working closely with him and he is closer to fitness but there’s still more work to be done for match fitness. Speaking of Kovacic, Frank said that the injury wasn’t that serious and he is in contention to start, after training with the lads in the last few days. Frank also outlined that Newcastle are likely to come very organised and will look to play on the counter attack.

Both the sides have met on 48 occasions during the Premier League era, with just a dozen of those matches ending in a draw. Chelsea have 24 victories to their name – 17 of which came at home – with Newcastle having won only once at Stamford Bridge. That came back in 2012 when Papiss Cisse scored twice in a 2-0 win for the Magpies.

Chelsea are expected to play in a 4-3-3 formation against Newcastle tonight. Knowing the counter attacking capabilities of the opponent, Lampard would surely try to play out the game with a disciplined defending at the back. This is the team we can expect for tonight’s match: 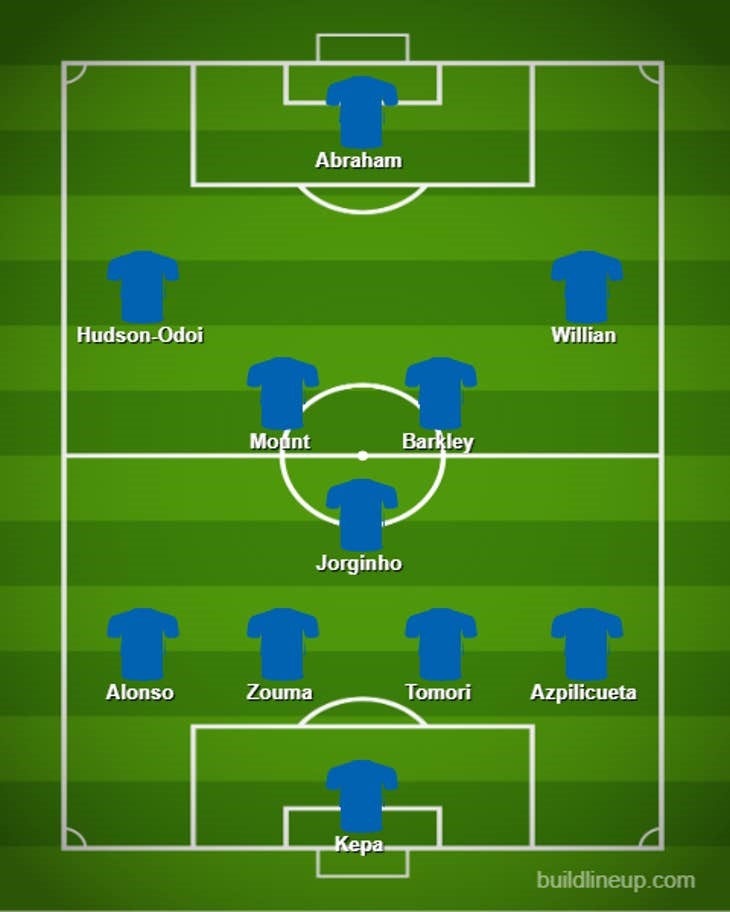 Having bagged 8 goals so far, he is currently the top scorer in the Premier League. As such, the hopes are high that he will surely have an impact in tonight’s game as well.

After returning from the injury, Callum is still due on his first goal in the Premier league for Chelsea this season, but he has already shown glimpses that he is hungry for them, scoring a brace against Austria with the England’s Under-21 team. He is expected to perform for the Blues.

Tomori is having an amazing season so far under Frank for Chelsea, but still the defence looks quite vulnerable. And after assessing the opponent’s counter attacking abilities, it will be interesting to see how he manages to hold the attacking threats of Newcastle tonight.

Hope we get a positive result tonight. Keep the Flue Flag Flying High!!