Chelsea with a good run in the Premier League, will be looking to fetch yet another three points in the Champions League. The Blues, after losing the first group stage game at home against Valencia, made an amazing comeback by winning 1-2 against Lille at France, and the trip down to Amsterdam Arena will be tricky for Lampard’s men.

Head to Head and Current Form

This will be the first official game between the Dutch champions Ajax and the Europa League winners Chelsea, but these two have lined up against each other just once in the 21st century, and in the 2010 friendly tie, the English outfit lost 3-1.

After the opening day game, Chelsea have just lost just once, against league leaders Liverpool, winning 5 and drawing 2 of them. Out of the 5 wins, 3 came away from home, scoring atleast 3 goals in them.

In the Frank Lampard era, Chelsea’s good form have come mostly from the academy talents. The supporters are thrilled to see the youngsters like Tammy Abraham, Callum-Hudson Odoi, Fikayo Tomori, Andreas Christensen and Mason Mount with amazing performance in this season. Pulisic will also be watched closely, having made a game-changing impact from the bench against Newcastle United on Saturday afternoon.

Down the line back in 2013, the current Europa League holders Chelsea, won the same competition at Amsterdam Arena 2-1 against Benfica. After a goalless 1st half, Fernando Torres made an amazing impact by scoring a solo goal at the hour mark, before Ivanovic headed a 92nd minute injury time winner, from Juan Mata’s corner. In the same game, our current manager Frank Lampard captained Chelsea in the absence of John Terry, had one of his shot hitting the woodwork.

Players Who Won the Europa League, and Still at the Club

Petr Cech: The great wall of Czech who was between the sticks, is currently our Technical & Performance Advisor.

Cesar Azpilicueta: Current captain, played complete 90 mins at Right Back during the finals, which was his first season at Chelsea.

Ashley Cole: Played at Left Back, and joined former team-mate Frank Lampard in Chelsea’s coaching staff, where he will be working with the U15s.

Frank Lampard: The man who captained in the finals, is our current First Team Manager. 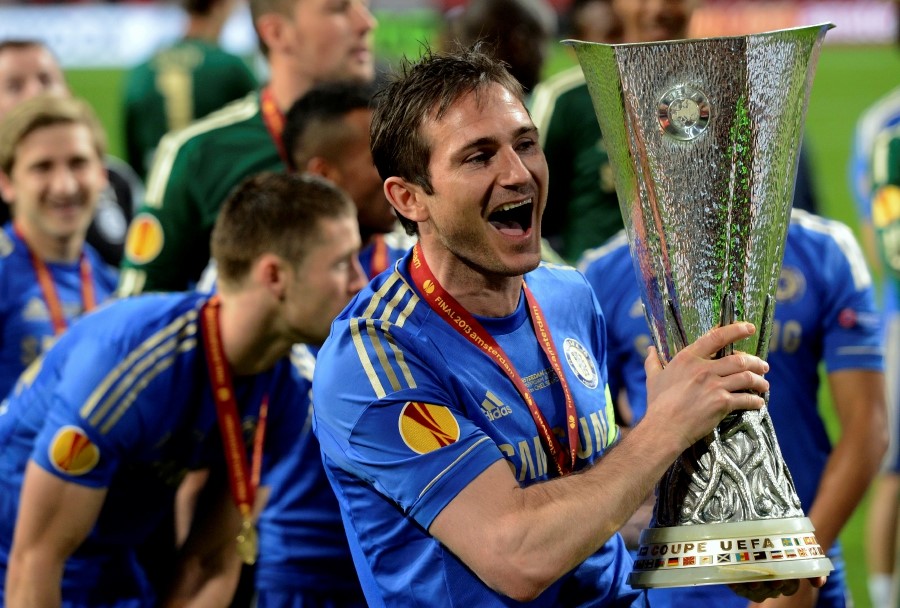 Kovacic, if preferred to start the competition which he won thrice, Chelsea might switch to 4-3-3 formation, where James will be dropped, Azpi will be in RB and Alonso would be given a test at LB.