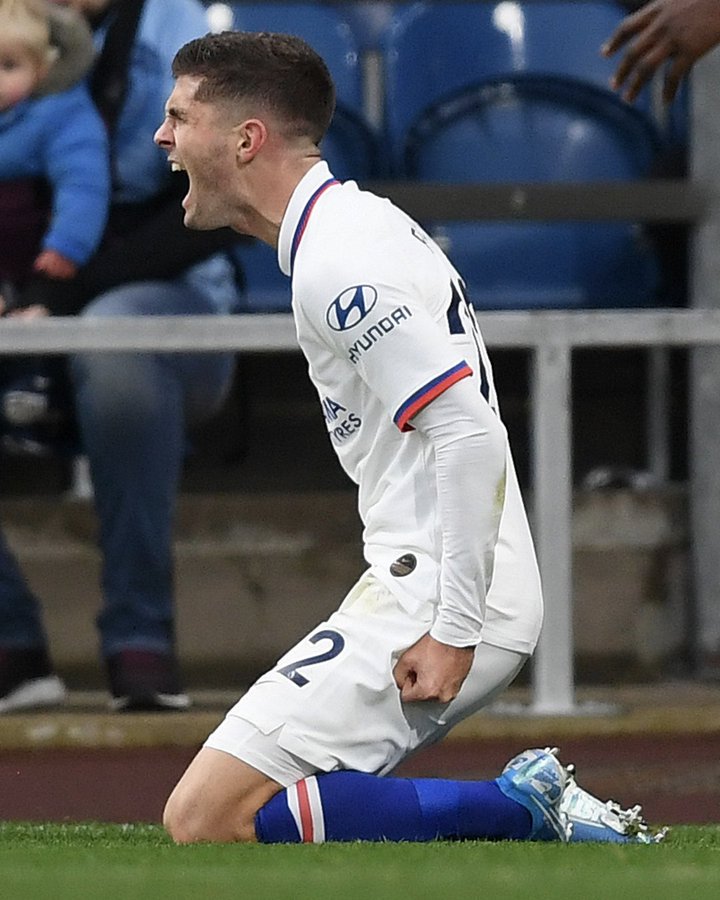 The blues continued their winning run of form by clinching a 4-2 victory against Burnley in Turf Moor. Yesterday’s victory made 7 wins in a row for the boys in blue in all competitions, 4 of them coming from the premier league itself. The win against Burnley ensured that Chelsea retain their fourth spot in the league table to be only behind Leicester City who are currently in the third place with the same points tally as of the blues but with an advantage of Goal difference.

It was quite a game to watch for with some late drama from the Clarets. For the first 15 minutes Burnley caused few problems for our defensive backline and were moving the ball with high intensity and were a real threat in the counter. The Clarets were making quick run forward through the midfield and were able to find out spaces in Chelsea’s defence in the starting minutes of the game. They got few opportunities from the corner as well but weren’t clinical enough to get a goal. It was at 21st minute that Pulisic got a chance to score. He got the ball from a Burnley defender and made a great run forward with ace dribbling skills and ensured that ball finishes at the back of the net. That goal not only gave Chelsea the lead but it also marked his first goal for his new club. The first goal gave the blues more confidence to get something more out of the game and it caused Burnley few problems for the rest of the half.

There was better ball movement from our players as compared to the starting minutes of the game. This saw Pulisic bag another goal in the opposition’s net right before the half time, giving a 2-0 lead at end of the first half. Pulisic was having a dream game yesterday and his dribbling and finishing abilities justified what a great player he could become for us in the future. The blues dominated possession for the remainder of the first half. Willian too had few chances from right wing but was unlucky to get any goal in the first half.

Second half saw Chelsea play their natural game with quick movement of the ball on the field. Jorginho and Kovacic dictated the midfield play for the majority of the game and played a pivotal role in all the Chelsea attacks. It was at the 56th minute that Pulisic made headlines by getting his first ever hattrick, not only for the blues and but even in his own career as well. It was a great delivery from the left hand side of the field by Mount which was converted into a goal from a header by our young American. The finishing of the header was absolute class and that goal represented another dominant build up play from the boys in blue. Our Brazilian no.10, Willian also got his name in the scoresheet by converting a ball played by Tammy in the open space in the 58th minute. The blues were leading 4-0 at the 60th minute of the game. 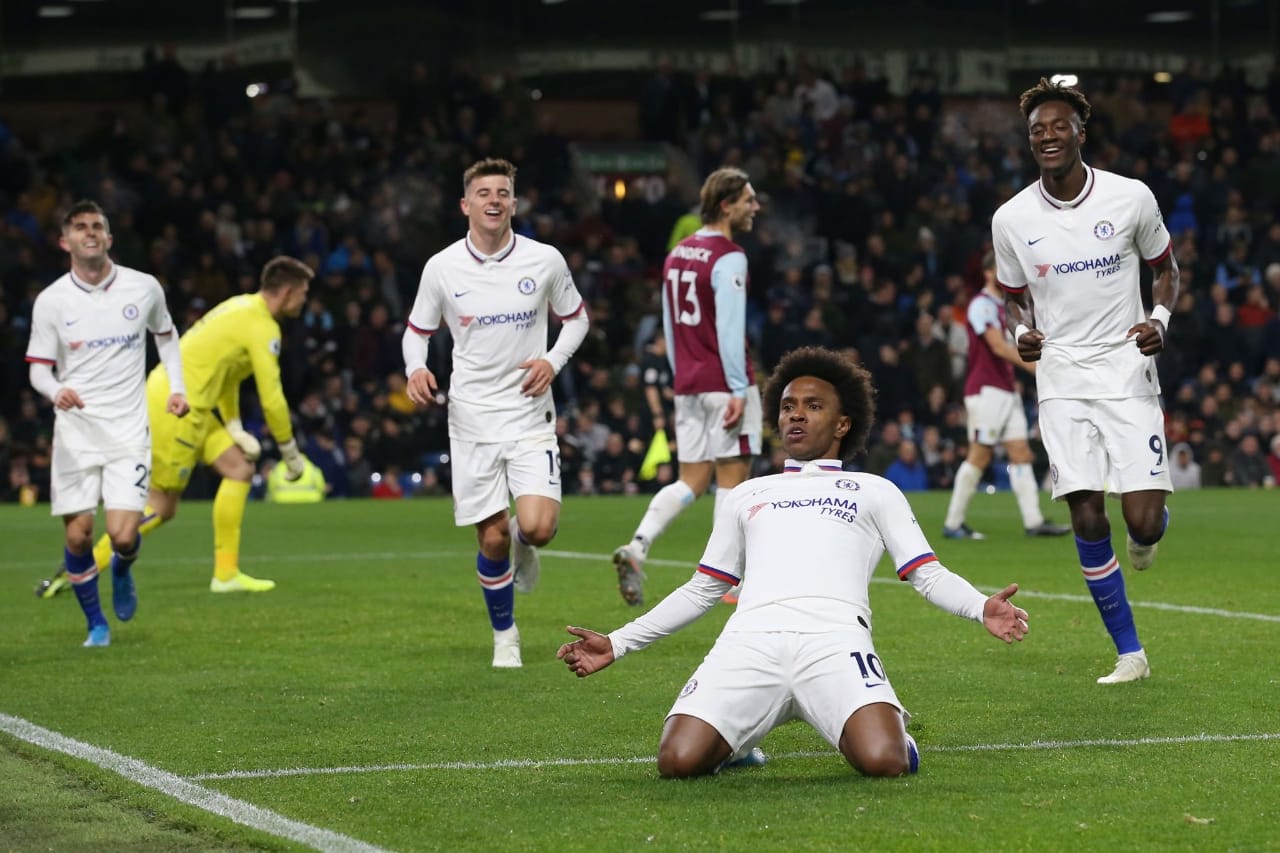 The away support were absolutely buzzing just like our Gaffer in the technical area. There were few changes made by the gaffer between the 63rd to 72nd minutes of the game which saw Reece James, Oliver Giroud and Callum Hudson Odoi coming on the pitch in replacement of Marcos Alonso, Tammy Abraham and Willian. Even though blues almost got the match out of Burnley’s reach, Sean Dyche’s team were still pressing high and were trying to get something out from the game. It seemed like it would have been another clean sheet for the blues but Jay Rodriguez finished an absolute screamer from long distance at 86th minute of the match which saw the ball finishing at top right corner of the net, way out of Arrizabalaga’s reach. Mcneil’s also saw his shot getting deflected off Tomori at the 88th minute giving Burnley 2 goals inside 2 minutes. It was quite evident from the defenders that they were quite frustrated for not getting a clean sheet, which they deserved to get for their performances at the back. The game finally ended 4-2 at Turf Moor with Pulisic being named the Man of the Match for his brilliant performance on the field.

The blues enjoyed majority of the possession and shots on target. Here are the match statistics of the game:

Up next, The Blues will face The Red Devils in the Carabao Cup round of 16 at the Stamford Bridge. Needless to say how big this game is going to be for both the clubs, but given the consistency and form shown by our players, it will surely make us the more confident outfit getting into the build-up of this fixture.