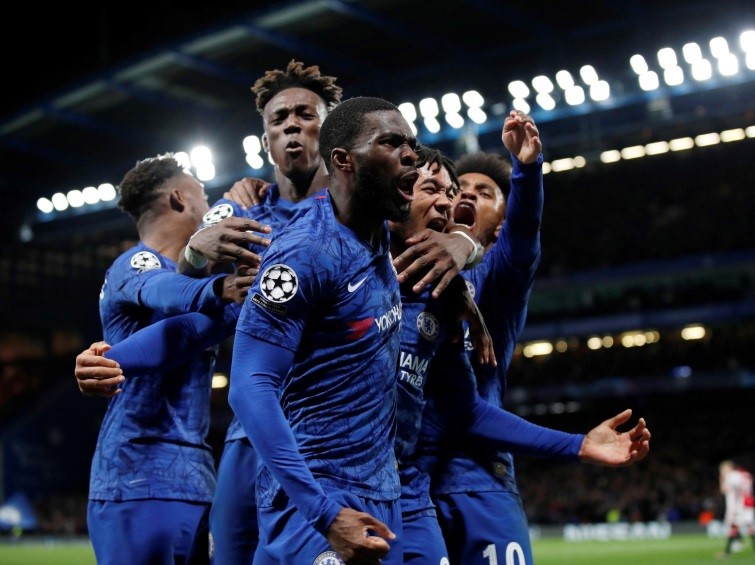 The Blues had an epic clash with the Dutch champions Ajax on Tuesday in their first return fixture of the Champions League. Despite being down by 1-4, the Blues managed to level the score in the final 27 minutes, with 4-4 on the last whistle of the game.

Ajax started the game with energy and dominated the game in a manner, which earned themselves an early lead at the Bridge inside two minutes. Tammy, who misjudged Promes’ free kick, guided the ball into his own net. However, the Dutch side were not able to hold the lead for long time. Right after the restart, Chelsea were awarded a penalty as Pulisic brought down inside the box, was eventually converted easily by Jorginho from the spot. 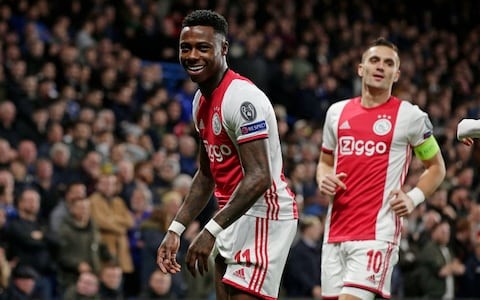 The game went on in an emphatic pace with both the sides showing positive vibes of keeping the possession. Abraham thought he gave the lead for the hosts in the 15th minute but was adjudged offside. Ajax took the lead five minutes later, by yet another Promes brilliance, when he headed home beating the defence from a spectacular cross from Morocco’s Hakim Ziyech.

Rubbing salt to the wound, Ajax leaped into a two-goal lead in 35th minute through Ziyech’s perfect free kick, which eventually went in after hitting Kepa’s face as it bounced off the post. Reece James replaced Alonso for the final 45 minutes of the game. Lampard’s army looked very promising in the second half. But the Blues were left disappointed when van de Beek fired his side to a comfortable three goal lead by 55th minute, as the score read 1-4. 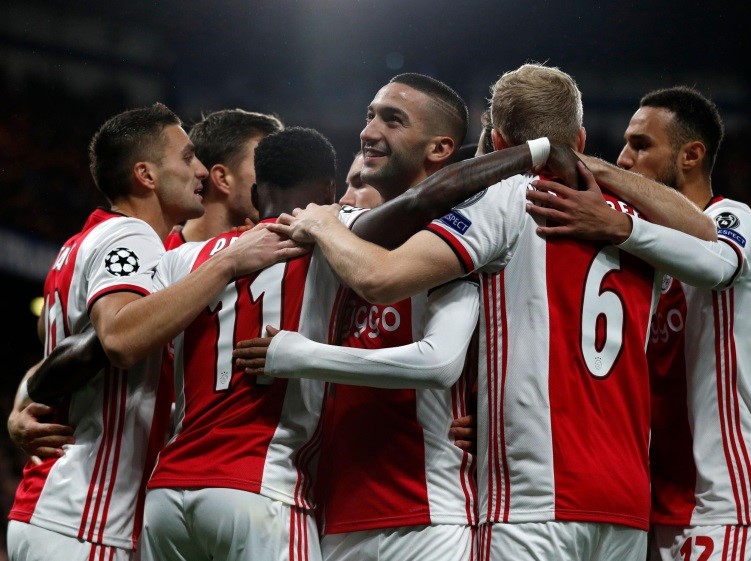 It appeared clearly that the away side was cruising towards an easy win at Bridge, but soon, Chelsea received a lifeline when captain Azpilicueta tapped it in from point blank. The plot turned interesting when two Ajax players were sent off simultaneously receiving their second yellow of the game. Daley Blind & Joël Veltman were the culprits, fouling Tammy and handling the ball inside the box respectively. The resulting penalty from Veltman’s handball, was converted again by Jorginho hinting a comeback in the cards. 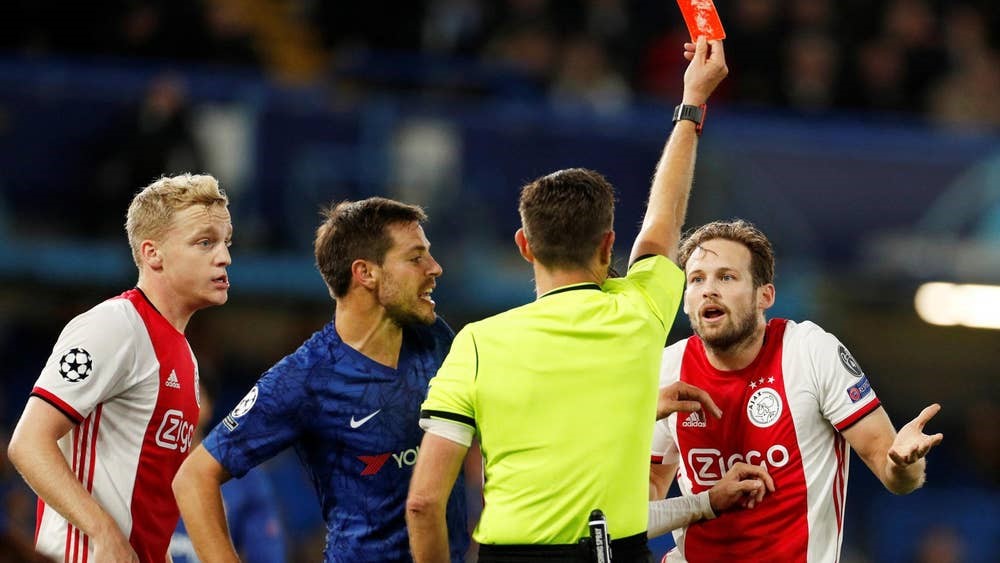 Lampard knew that an away win against Ajax was a boost towards their rest of the group stage matches, but it did not work out well after his side conceded just after two minutes with worst possible start. Although, Jorginho equalized a few seconds later, Promes’ goal gave Ajax the lead later in the first half. Ziyech’s goal added to the lead and was evident enough of their homework to tackle Chelsea’s defence.

All the three first half goals by Ajax came thorough crosses and Chelsea’s switching off on the set pieces cost them. The Blues got themselves in front through Azpilicueta, but the VAR reversed the decision due to Tammy’s handball, bringing the score back to 4-4. Ajax dominated the game well with 9 men with defending and attacking at the same time. The late minute misses from both teams meant the game ended all square at the Bridge, though just four minutes of stoppage time made a clear disagreement from mostly everyone at the ground.

With Kovacic playing phenomenal in the first half of the game and held the mid field perfectly well, it was his partner Jorginho who deserved to be called the Star man of the night.

The Italian dictated the whole game through his tempo and urged the players to attack prominently every time. It was his penalty that gave Chelsea the equaliser along with his dominance in the mid field. He got the second chance of converting from the spot, which he comfortably did and brought the team to a draw after ludicrous series of events.

The away side dealt with the series of controversial scenarios, no doubt were on their nerves of the hosts. Even after losing two key players in the second half, they did not let Chelsea think they has the advantage. Hag’s men came out pretty well with their strategy in the whole game. The Blues would have slept peacefully with the win, but the Dutch side were very strict on opposing this comfort after the loss at home against Chelsea last week. Onana was impressive with his saves, denying Chelsea’s chances of taking the lead in the dying moments. 4-4 with 9 men on the field was an impressive result for the visitors and a message of not taking them lightly.

The Lampard’s men looks very energetic to face Crystal Palace as they host the Eagles on Sunday after such a eventful tie in UCL. Chelsea will face Pep’s Manchester City in two weeks’ time with an international break in between.