Frank Lampard Goal vs Chelsea: A Trip Down Memory Lane 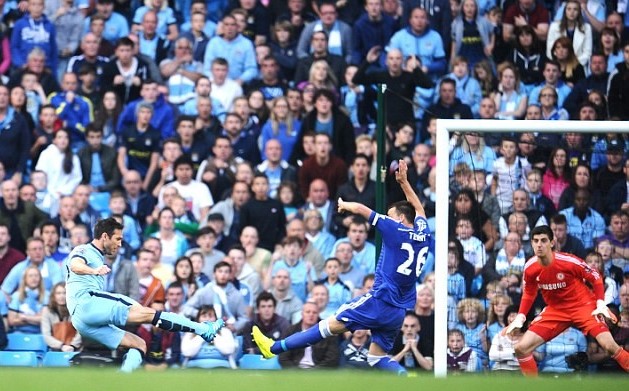 Lampard Arriving Late in the Box to Score Against Chelsea

Tick Tock Tick, the clock keeps ticking. It never stops, it never pauses and it never waits for anyone. But on September 14 2014 stop, it did; paused, it did. Just as Frank Lampard put in a shot which hit the back of the Chelsea net past a diving Thibaut Courtois the clock literally stopped. For how long? Nobody knows but it did stop for every traveling Chelsea fan in the stadium and millions watching the scene across the globe.

For years Chelsea fans had seen Frank Lampard don the blue shirt and score goals after goals after goals for them. Not one, not two but a whole 211 of them. On this day as well they saw Frank Lampard don the blue shirt and score a goal but this came as a complete and utter shock. Oppositions of colors contrast they say, but there are also colors are same but are contrary to each other, that is, which produce an ill effects because they shock the eye when brought very near it. That’s exactly what shocked the millions of Chelsea fans around the world. This time the blue that Lampard was donning wasn’t the Chelsea Blue, it was the Manchester City Blue who Chelsea were playing against. 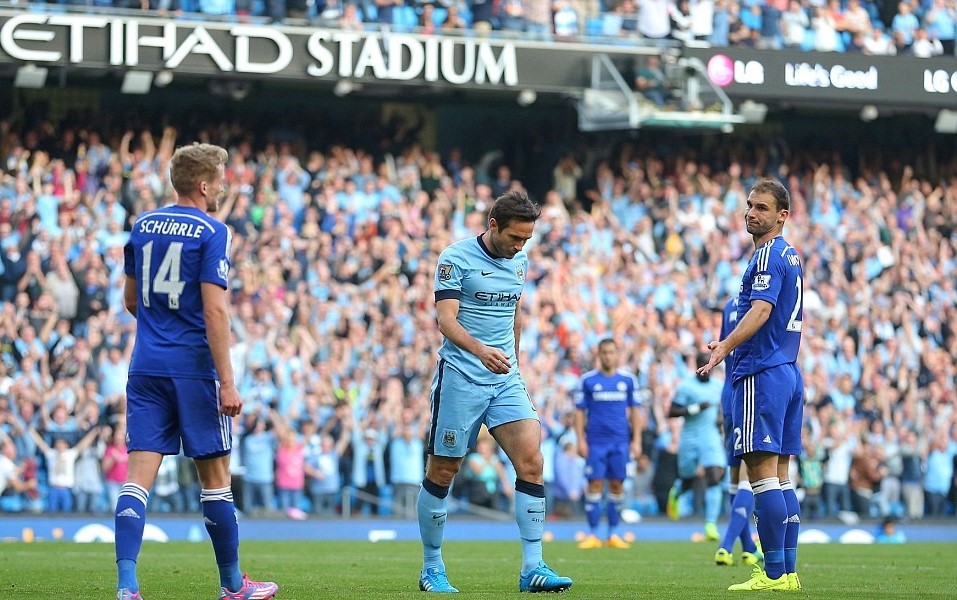 The goal was a classic Lampard goal - arriving late in the box and getting on the end of a cross. You could be excused if you were one of the hundreds who either rubbed their eyes a multiple time or washed your face in the sink or kept watching yourself in the mirror or just sat idly in silence staring at your TV immune to the happenings surrounding you in that very moment. Lampard isn’t just the record goal scorer at Chelsea but is widely regarded as Chelsea’s greatest ever player by many fans so the moment wasn’t just one of utter shock but also it was something which sent chills down the spine of every Chelsea fan throbbing their hearts. It was the thing they could never have imagined but yet were dreading since Lampard signed for City had just come true.

The shockwaves weren’t just felt by the Chelsea fans though. Lampard himself was stunned and perplexed. He was almost down to tears and had to be consoled by his then team-mate James Milner. But his words after the game not only exemplified his respect and love for Chelsea but also his top level professionalism:

“It’s a really difficult one. I’d be unprofessional if I didn’t come on and do my job, so I was trying to get into the box and it was a great ball back from Milly. ‘It’s a tough one for me. I had 13 amazing years with the Chelsea fans, so I am mixed with it. I am obviously pleased the team I play for got a draw.”

“I am a little lost for words. I didn’t expect to come on and score like that. I came on and the Chelsea fans were singing, and that’s emotional. Then I am playing for this club, who have taken me in brilliantly as well, so I am really stuck in the middle here.” 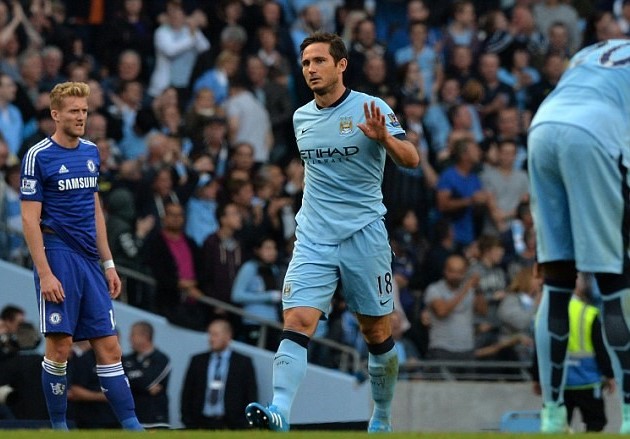 The build up to this story had begun in the summer. Lampard after being released by Chelsea had agreed to join New York City FC from August 1. NYCFC is one of the clubs co-owned by Manchester City’s owners as part of their City Football Group. Since the MLS season was not about to begin since January of next year Manchester City loaned Frank Lampard until December from their sister club. The news came as a shock to Chelsea fans especially after Lampard had said this on joining NYCFC – > “I didn’t want to play anywhere else in England because I had been so affiliated with one club. So it made sense for me to move.”

Understandably so this upset a few Chelsea fans when they saw Frank Lampard coming on as a sub in the 70th minute and their disappointment turned into a nightmare when Lampard scored that goal. But at the end of the game the appreciation and admiration for Frank Lampard was universal from both Chelsea and Manchester City fans. Lampard might have scored one goal for Manchester City but he scored a whole of 211 for Chelsea – in cup finals, in derbies, against Chelsea’s greatest rivals, in the biggest of Champions League nights he had done it all for Chelsea. The disappointment to see Lampard score against them was only temporary of a few minutes but the respect they had for him couldn’t be vanquished because it had been built for years and years. So they all cried but they all applauded him as he came to say thank you to them for years of unconditional love and support. 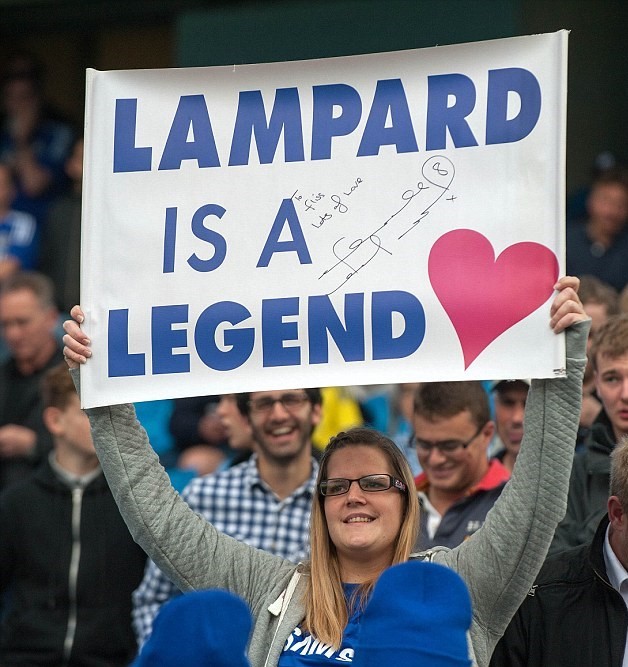 By scoring this goal Lampard also surpassed former Manchester Untied and Newcastle United striker Andy Cole’s record of scoring against 38 different Premier League teams. Chelsea were the 39th different team Lampard had scored against, the only player to do so thus far. The game also held value from footballing side of things. Chelsea and Manchester City both were considered heavy favourites for the title at the beginning of the season. Chelsea to this point had won all their games and were leading City by 5pts. An 8pt lead even at this early stage could have proved insurmountable and so Lampard’s equalizer at 1-0 in the 85th minute didn’t just create an emotional background but it also kept City in the title race.

This weekend Chelsea travel to the Etihad and this time Frank Lampard is back in the Chelsea shirt, this time as a manager. The fortunes of Chelsea have certainly changed from that game. Beginning of this season many pundits didn’t even predict them to finish in the top 4 whereas City were again overwhelming favourites for the title. But as things would have it Chelsea sit a point above Manchester City in third place. So this weekend’s trip to the Etihad would be crucial for Frank Lampard again. By winning the game and upsetting the odds he could cause Manchester City similar or bigger pain (talking purely about footballing terms) than he did to Chelsea fans on that day. A win for Chelsea would place them 4pts clear of City and for Chelsea fans the ghosts of the day when they saw their record goal scorer score against them would finally be buried.