No More Panic Buys for Chelsea FC in January

Before the start of the season Chelsea were seen as heavy underdogs for making the top four this season. Nearly every Pundit out there whether at Sky, BBC or any other platform ruled Chelsea out for the top four in their early season predictions. Chelsea though sprung up a surprise for everyone. After losing their first game 4-0 away to Manchester United, Chelsea lost only one of their next 11 Premier League games, winning eight and drawing the other two, including a six match winning run. This run of form put Chelsea in joint second position and surprisingly ahead of Manchester City before their trip to the Etihad. 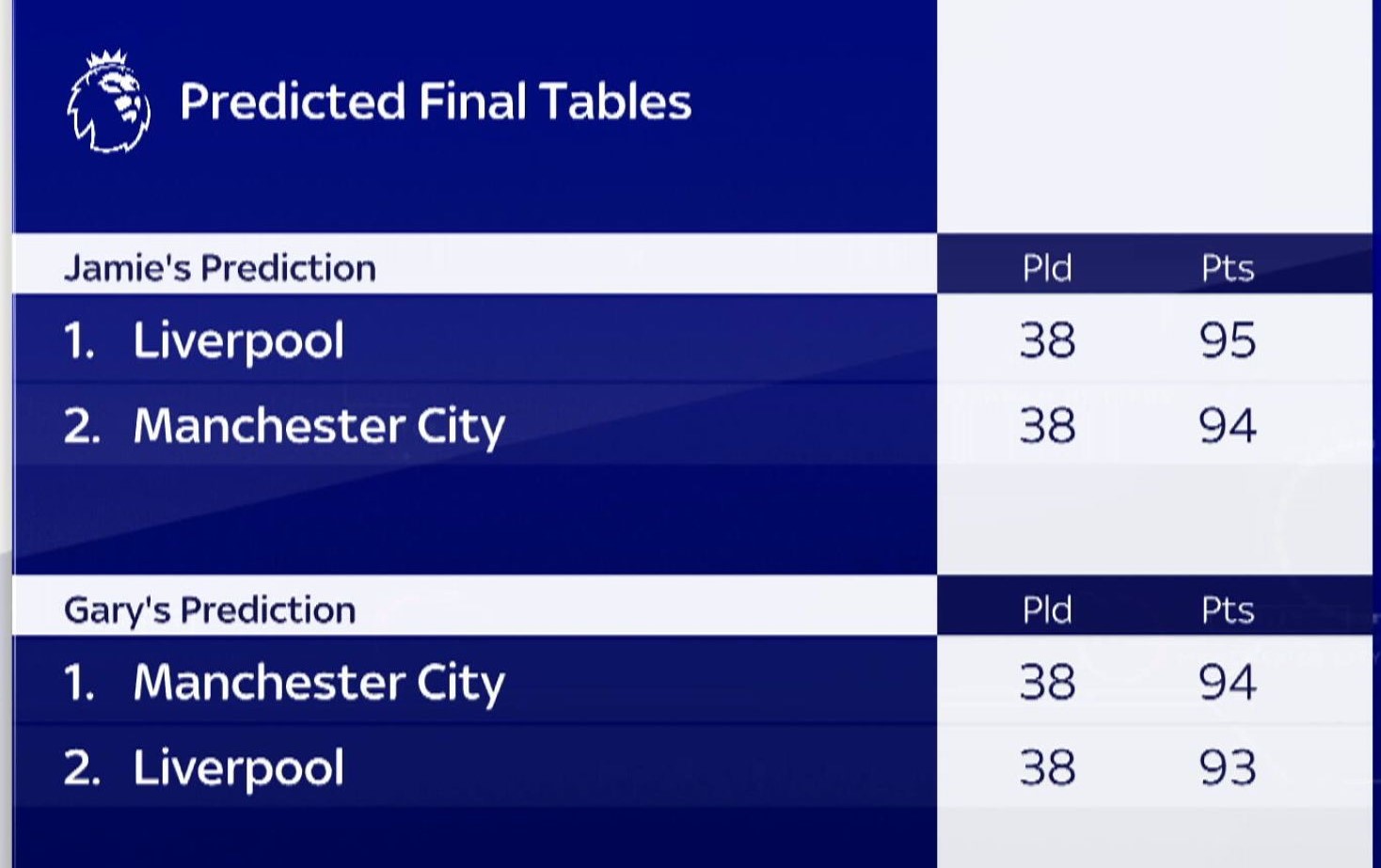 Chelsea by now had made all the pundits and doubters turn on their odds. They had become heavy favourites now for the top four. But ever since facing City it’s been a nightmare downhill ride for Chelsea. From that game onwards Chelsea have lost four of their last five Premier League games. This has seen Chelsea’s grip on top four reduced from nine points to just three points. Their nearest rivals – Tottenham and Manchester United who were then 12 and 11 points respectively behind them have crawled that gap now to only three and four points and now Chelsea travel next week to Tottenham, a game which if Chelsea lose will see them behind Tottenham on goal difference.

Naturally this run of form hasn’t gone down well with the fan base. The atmosphere in the last home game against Bournemouth was flat and even Frank Lampard acknowledged it without blaming the fans. On social media there has been a huge rallying call from the fans towards the Chelsea hierarchy to sign some players in January and strengthen the squad so that they still achieve their season objective of finishing in the top four. There is obvious improvement needed in the club’s goal scoring options – Tammy Abraham has been involved in more than 50% of Chelsea’s non-penalty goals in the league. Left back has been a problematic area too all season and seeing how easily Chelsea concede goals they could also do with some defensive reinforcements. 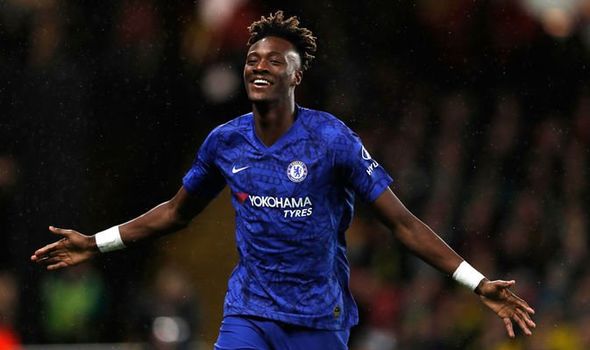 Strengthening all those areas might be too much of a stretch in the January transfer window. Though being a big club as they are, quite a few names are being linked with Chelsea. This is where Chelsea need to be wary of who they sign because clubs usually don’t sell their quality players in the January window and there’s a risk that you might sign a player who doesn’t improve you significantly in the long term just in a panic bid to make the top four. Nathan Ake and Wilfred Zaha are such names who are being linked with Chelsea but won’t necessarily improve Chelsea much. 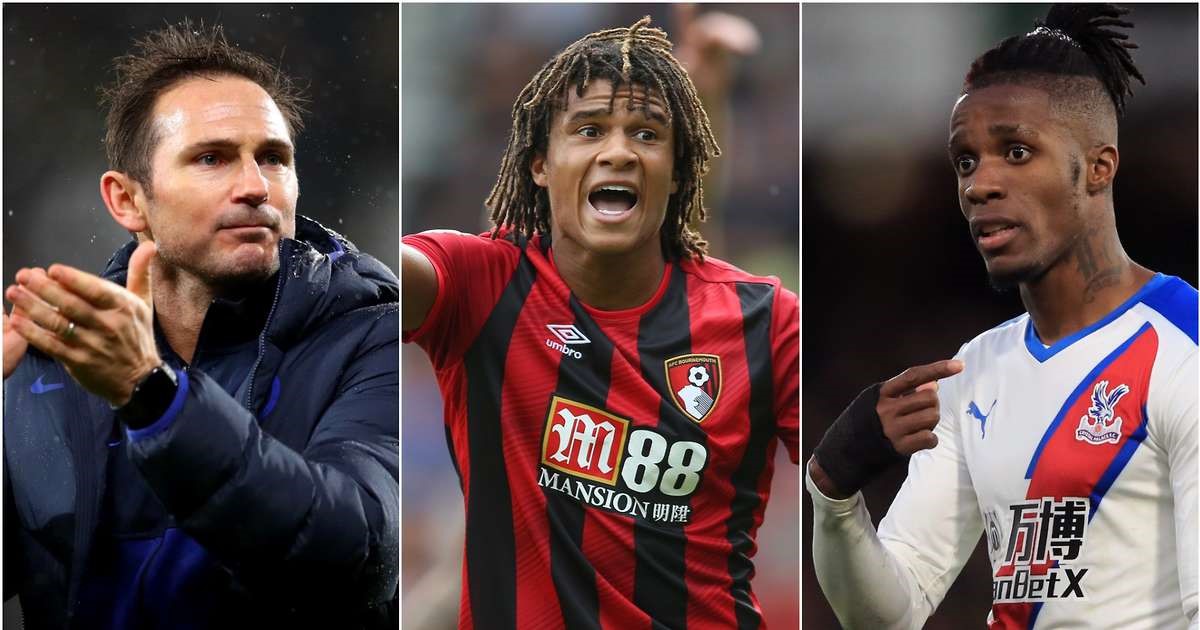 Wilfred Zaha although Premier League proven isn’t of the quality that could see him compare with the best wingers in the world. It should also be noted that he’s a winger who plays on the left of front three or front four. Chelsea already have an abundance of that type now in their squad. Both Callum Hudson-Odoi and Christian Pulisic are naturally left wingers and have struggled when deployed at right wing. Willian has played as a right winger most of his time at Chelsea but he too naturally is a left winger. In fact one of the reasons why Chelsea have struggled with the right wing so much throughout this decade is that they’ve never had a natural right winger playing at right wing. So to add another left winger to the squad would be like trying to fit square pegs in round holes. What Chelsea need in their attack is a natural right winger of a high quality.

Jadon Sancho and Hakim Ziyech are the only two who fit that bill and if Chelsea can’t get either of the two in January they would be well advised to wait till the summer and sign either of them. Sancho has 12 goals and 11 assists in all competitions this season and is the only player so far in the top five leagues to have both 10+ goals and 10+ assists. Ziyech on the other hand has seven goals and 15 assists in all competitions. To put that in context Zaha has never had these kind of figures even in a whole season. Sancho would be more difficult to sign in January as Dortmund are involved in a title race in the Bundesliga. Selling Sancho would put a huge dent in their bid to their first Bundesliga title in nine years. Ziyech could be available considering Ajax have been knocked out of the Champions League but even if he isn’t Chelsea should wait till the summer and sign him or Sancho rather than panic buying for buying sake in January. 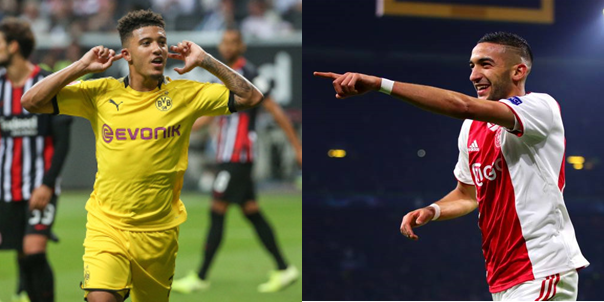 Technically looking at things Nathan Ake is also similar to Zaha. Premier League proven but neither of a supreme quality nor does he address what Chelsea have been lacking in their defense. Chelsea’s main Achilles heel defensively this season has been their difficulty dealing with aerial crosses and set pieces. Ake being a short defender doesn’t solve either of those issues. Another problem that Chelsea have in their defense is that they lack a leader who can command and organize that defense. Ake is far from being that commanding leader and organizer. Speaking quality wise even though highly consistent for Bournemouth, performances wise Ake isn’t nowhere near the level that Virgil Van Dijk produced for Southampton.

Chelsea already have good quality amongst their center backs when compared to Nathan Ake. What Chelsea need is that commanding leader at the back who can make the others around him perform better just like Van Dijk has done for Liverpool. Napoli’s Kalidou Koulibaly is one Chelsea need to keep an eye. A proven top quality CB with good Champions League level experience Koulibaly has been one of the best center backs in Europe for a few seasons now and has that leadership and organization which Chelsea severely lack. Signing such a player in January would be tough as no club wants to lose such a commanding player mid-season. Again Chelsea shouldn’t drift from their primary target and if needed wait till the summer to sign Koulibaly.

Frank Lampard could take some lessons from Jurgen Klopp and Liverpool in this regard seeing how Liverpool solved their goalkeeping and center back crisis. Liverpool signed Van Dijk in January 2018 but they wanted him since summer 2017. Southampton didn’t budge back then but Liverpool didn’t deflect from their target and made a “not so good” alternative signing just for signing sake. They had patience and persisted until the January window before getting Van Dijk. Similar thing happened with Alisson. Liverpool knew the price Roma were asking for Alisson was off the charts but they didn’t allow it to deflect from their priority. They overpaid more than the market value but made sure that they signed their primary target. The results are there for everyone to see. Alisson and Van Dijk are the chief reasons why Liverpool have elevated to one of the best teams in Europe from what they were merely two to three seasons ago.

A couple of other quality names that Chelsea have been linked with and would help Chelsea improve in the long term are Leicester’s Ben Chilwell and RB Leipzig’s Timo Werner. But as mentioned above these players too would be next to impossible to sign in January. Leicester would like to consolidate their position in the top four by the end of the season and RB Leipzig are currently top of the Bundesliga are in search of their first ever major trophy. Selling Chilwell and Werner could make their ambitions more difficult to achieve. If Chelsea want to reach their former heights and hope to challenge Liverpool and Manchester City one day then they should be signing top quality players and not settle for players like Wilfred Zaha and Nathan Ake who with all due respect are not much better than what Chelsea already have in their squad.