Champions League Round of 16 - Who Could Chelsea Face? 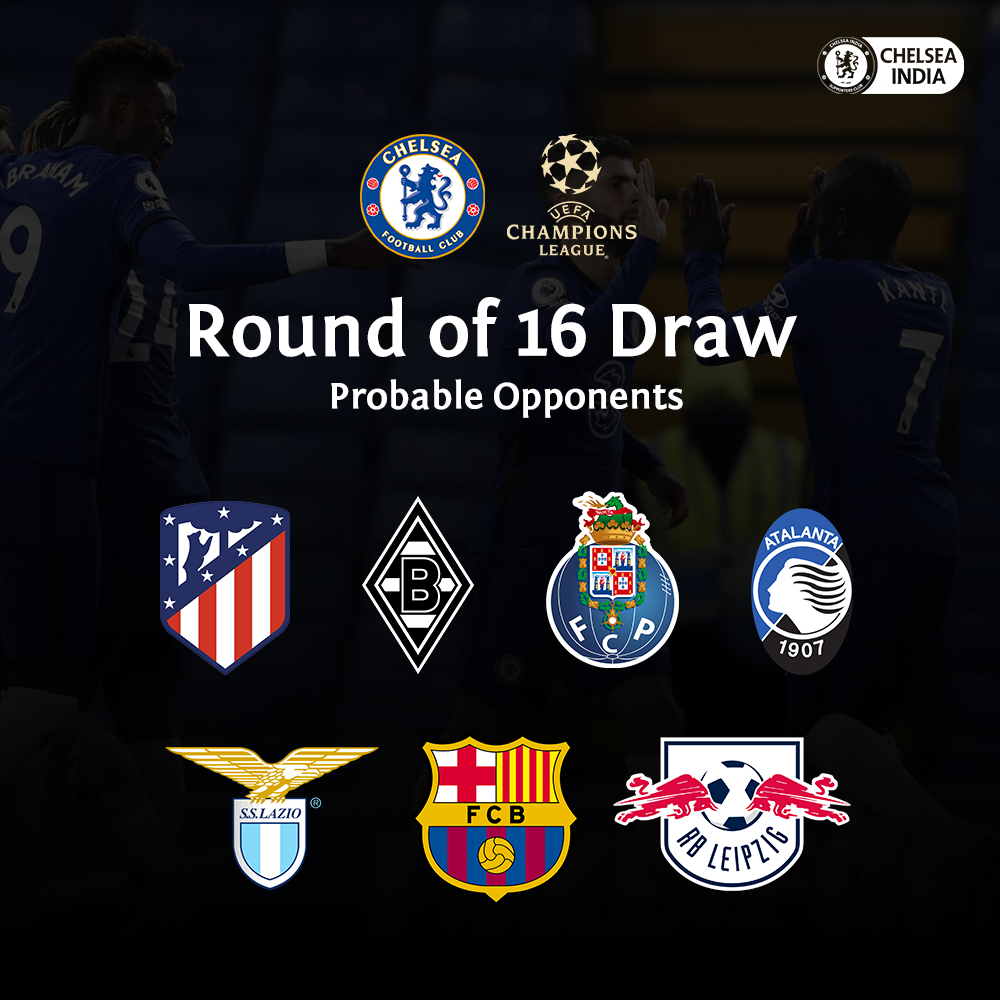 Chelsea were in by far the easiest group by their standards. Placed alongside Sevilla, Rennes and Krasnador it was very much expected that Chelsea should be winning this group and the team delivered big time. Chelsea won 4 of the 6 games and drawing the remaining 2. While most victories were expected, it was after the 4-0 beating of Sevilla that Chelsea announced themselves as serious contenders for this year’s Champions League. The Blues scored 14 in process and conceded only 2 (2nd lowest). 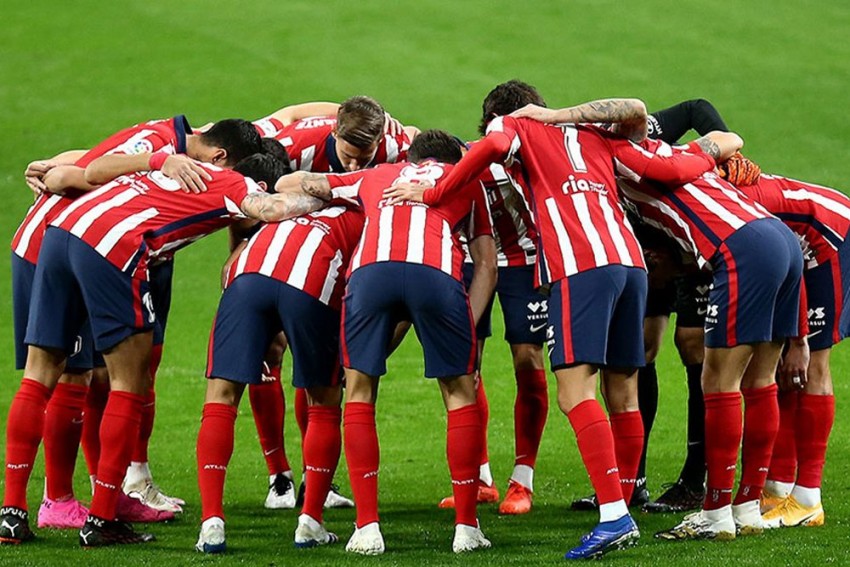 Placed alongside Bayern Munich, RB Salzburg and Lokomotiv Moscow, Atletico Madrid started the campaign with a spanking by the hands of Bayern but did well in the following games winning 2 and drawing 3. Out of all the teams that qualified for the round of 16, Atletico Madrid had the lowest number of goals scored and qualified with the second-lowest points total.

But what makes Atletico so good is their defence and a certain Jan Oblak in between the sticks. Atletico in the Champions League conceded 4 against Bayern in one game, which was 50% of their total goals conceded. They conceded only 4, 2 of which were penalties in the remaining 5 games, which is very impressive because the group had the second-highest number of goals scored. They also managed a shut out against RB Salzburg which only one team has managed this season. Furthermore, this is also backed by amazing underlying stats. They rank 2nd lowest for shots on target conceded which is a key indicator of their impermeable defence.

Their record in the league has been quite impressive, having not lost in the first 10, having a lead of one point and with two games in hand, conceding only 2 goals and scoring 21. 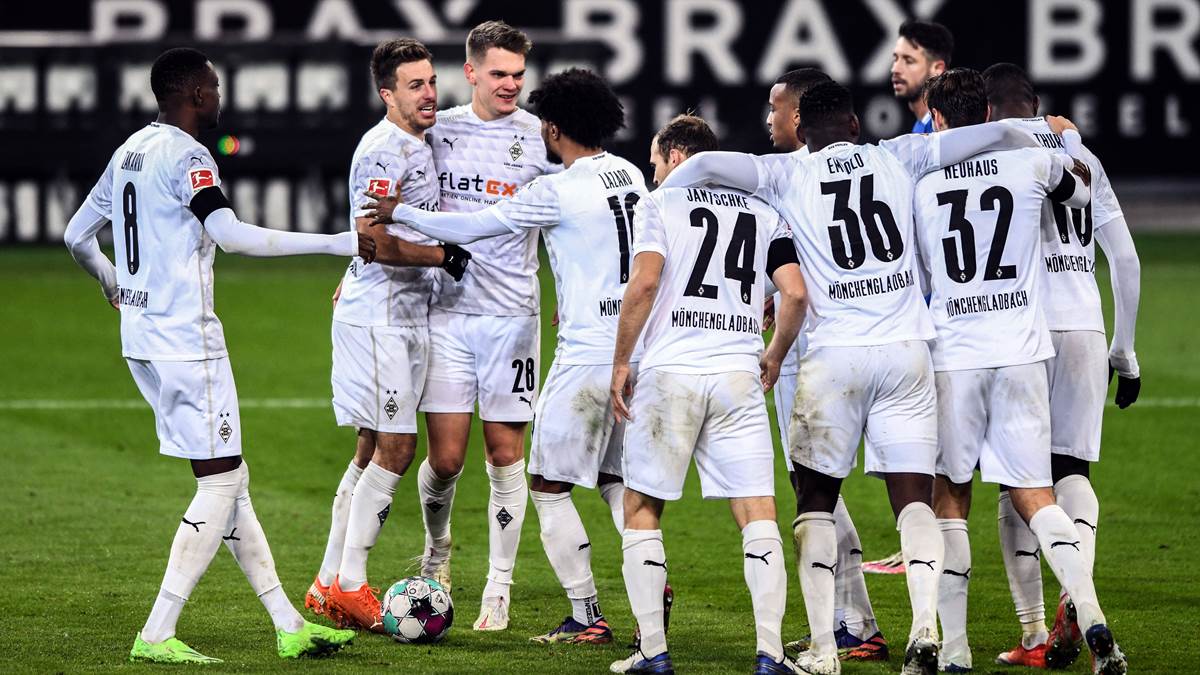 One of the most impressive teams of the campaign and the dark horses of this season’s Champions League, Borussia Mönchengladbach have already punched above their weight, taking points off Inter Milan and Real Madrid before beating an impressive Shakhtar Donetsk 6-0. They were very unlucky to drop points against Inter on the 5th game week after they had an 83rd-minute equalizer chalked off by VAR.

What makes Borussia Mönchengladbach such a threat is that just like Atletico Madrid, they are a very system-oriented team. They are not dependent on one player and the team, in general, is amazing at creating chances and the strikers are very clinical in finishing them off. 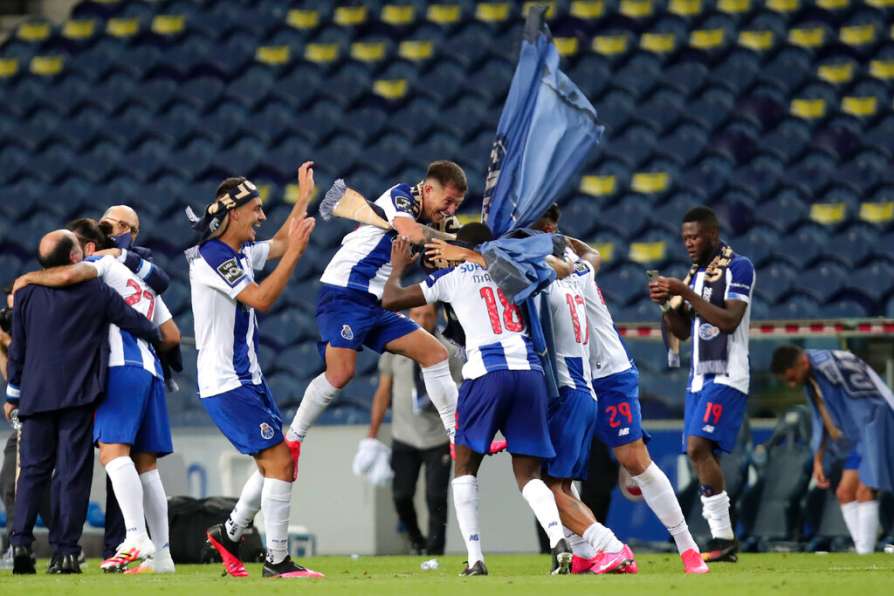 Porto who were placed alongside Manchester City, Marseille & Olympiacos did exactly what was expected from them and that is to finish in the second place convincingly. They only dropped points against Manchester City, losing once and drawing in the home fixture. Tactically they tend to sit deep and defend as much as they can. They average the 3rd least amount of possession out of all the teams (Least of any team that has qualified for the RO 16). This is also backed by the fact that they are spending 31% of the time in their own third (Lowest out of all the teams that have qualified for RO16).

Porto are also one of the most lob sided teams in the competition as well. Most of their attacks come from the right-hand side of the pitch and coincidentally, two of their best players Jesus Corona and Sergio Oliveira also play on the right side of the pitch. 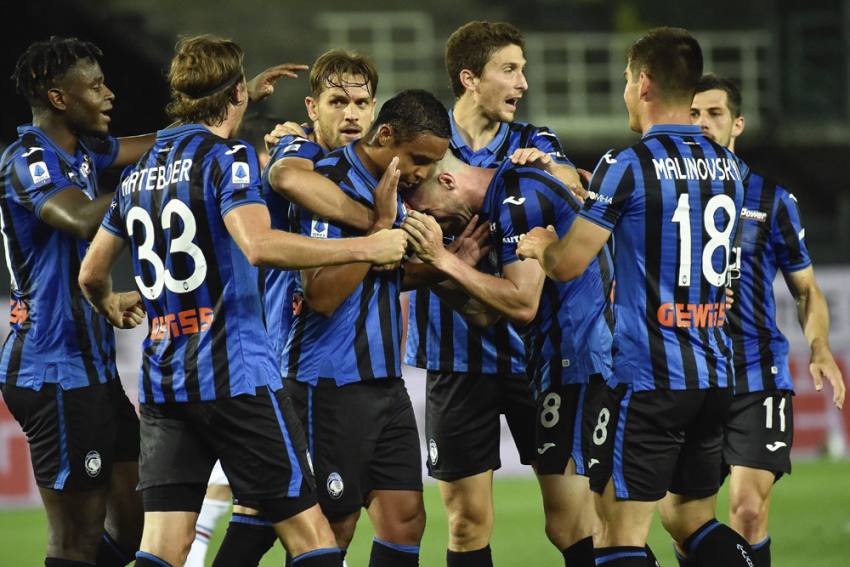 Atalanta were placed in a group consisting of Liverpool, Ajax and Midtjylland. They were a consistent team throughout the group stages with a record of 3 wins, 2 draws and 1 defeat. They also did well to defeat Liverpool away from home 2-0 after losing 5-0 at home. It is no more a hidden fact that going forward Atalanta are one of the best teams in Europe. They rank 4th in shots on target, more than Real Madrid, Bayern Munich, Juventus, Liverpool, Chelsea and PSG. They also seem to carry their finishing boots having the 5th highest goals/shot on target ratio. But that is about it to show for their underlying stats. None of their other underlying stats are very impressive and almost all of them rank somewhere in between 9th to 12th. They are not doing very well domestically either. They are currently ranked 9th in Seria A with a game in hand and have also conceded 16 goals which is one of the highest in the country. 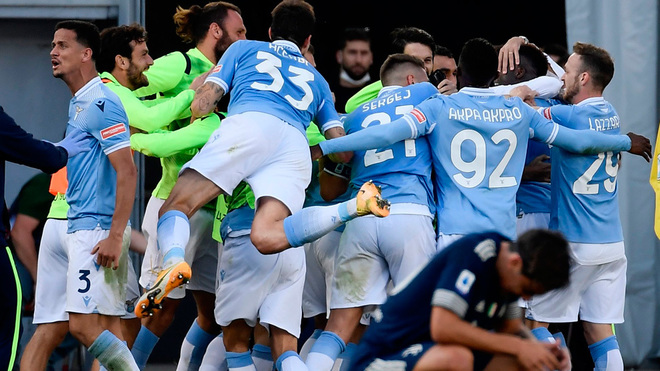 Lazio were in a group consisting of Borussia Dortmund, Club Brugge and Zenit St. Petersburg and they had only one motto, avoid defeat at all costs. Surprisingly they were in a batch of Bayern Munich, Manchester City and Chelsea to avoid defeats in the group stage. They drew 4 of their games and won 2 of them.

Statistically speaking there isn’t anything very impressive about Lazio, who are punching according to their weight. They are very much dependent on Ciro Immobile and Joaquin Correa. Immobile has scored 5 and assisted 1, whereas Correa has scored 2 and assisted 2, effectively meaning that 70% of the goals have been scored by 2 players. The defence is particularly porous conceding 1.5 goals a game across all tournaments 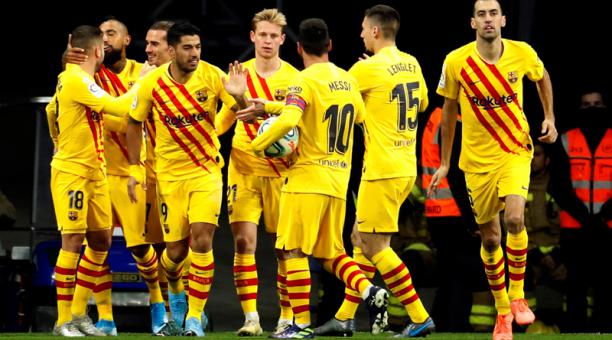 Out of all the teams that Chelsea could potentially draw in the Round of 16, Barcelona will probably be the trickiest one. Barcelona were placed alongside Juventus, Dynamo Kyiv and Ferencvarosi. They had a record of 5 wins and 1 defeat and were unlucky to finish second only on a head-to-head basis.

They are also great at creating chances, ranking 1st in Key passes and 1st in shot creation from open play. Now the argument against such stats is that there is a lot of stat-padding. Barcelona were placed in one of the easiest groups by their standard and thus it was very easy for them to pose such numbers. However, they do pose such numbers in La Liga as well and while their form says that they are struggling, the numbers show that they are like a bomb waiting to explode. 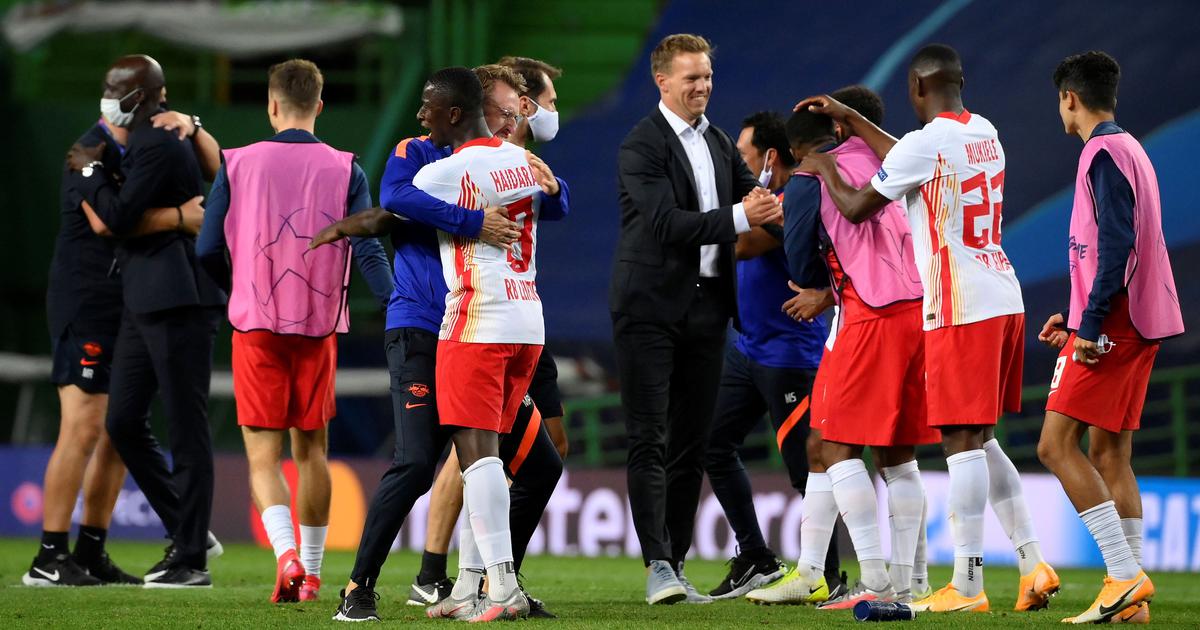 Last year’s semifinalist was placed in the group of death this season with last years finalists PSG, Manchester United and group stage debutants Istanbul Basaksehir. They finished with a record of 4 wins and 2 defeats.

Statistically speaking out of all the teams that qualified for the round of 16 no team conceded more goals. Surprisingly, they weren’t conceding many shots. They like to press a lot. In fact, they had the most presses on the pitch for any team. Going forward they are feeling the absence of Timo Werner scoring, only 11 in the group stage. They are not particularly creating a lot either ranking very low in the shot-creating section.

But since they were placed in a particularly difficult group these numbers could be significantly deviating from their potential. This is also backed by their stats in the Bundesliga which are quite higher.

In my opinion, the most favourable draw for Chelsea would be Lazio. They don’t have very high underlying stats and are more or less dependent on a 2-3 players.

On the other hand, the two German outlets will be particularly tough since they have good numbers and look in good form but the superior quality of players that Chelsea have should do the job for us.

The teams that Chelsea should be avoiding are Atletico Madrid and Barcelona. Atletico look to be in good form whereas Barcelona looks to have all the numbers as well as the players to be in form. It will be expected that both the teams will further improve themselves by mid-February and the fixture could be a ropy one for both the teams.

If Chelsea wishes to go deep into the tournament an easy Round of 16 draw would be the best possible scenario. Not only do we progress to the next round without putting in much effort, it would also mean that two other good teams play each other resulting in the elimination of one only making things easier for us.